In May of 2015, Exton announced their West Without Borders focus on the Year of the Veteran, with The Travis Manion Foundation named as one of the recipient charities.

Along with this charity came a life changing opportunity for one of our employees. Laura Pitt, Manager, Community Affairs, was offered a chance to travel to Guatemala with the Travis Manion Foundation and 15 family members of veterans who have lost loved ones in military conflicts. Their mission was to help a family in extreme poverty, so Travis Manion partnered with Casos por Cristos—an organization dedicated to providing support in impoverish areas—to build this family a home in three days. 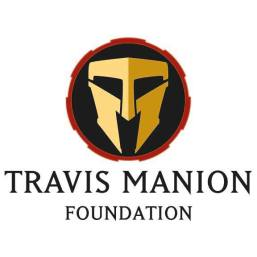 The house they were building was on the side of a mountain in the outskirts of San Raymundo.  “It was amazing how the community came together. There was no jealousy from those who wouldn’t directly benefit, everyone was so excited for the family that did,” said Laura. In order to construct a foundation for the home, members of the community had to work together to carry all the materials required to make concrete up the mountain to the site. The women in the community carried pails of water on their heads to fill three 55 gallon buckets. The children brought the stone from the bottom of the hill to the site in small containers they found. The men carried the big bags of the cement mixture to the site.

The first day of work focused on getting the concrete foundation in place and building the lumber walls. “It was a challenge to build the walls, because trucks were constantly driving on the roadway and the crew would have to move the walls each time so they could pass through,” said Laura. Laura was part of the lumber team and helped to build and place the siding on the walls and then ultimately placed the roof on the house. On Day 3, the crew went to the local market to buy food, clothing, toys and supplies for the family and the community.  They worked on the interior of the home, hooked up electricity, hung windows and a front door as well as built shelving in the 2 bedrooms.

The last day was Laura’s favorite because the community came together to present the house to the family. The crew also presented the family with photos of their loved ones who had lost their lives.  These framed pictures were placed on a shelf with the message that these veterans would watch over the house, the family and their community.

The crew also had the opportunity to visit the local school where they donated more supplies and West donated new instruments for the school’s band. “If children are even lucky enough to attend school in Guatemala, it is only government funded until 3rd grade, Laura said.  “After that, the family must pay  and in most cases they can’t afford to.”

West without Borders, West’s employee-led fundraising program, supports charities and communities around the world in which our employees live and work.  The campaign kicked off this week at the global headquarters in Exton. This year’s selected charity is the Leukemia and Lymphoma Society (LLS). In addition to individual employee support, West will sponsor both the Philadelphia and Chester County “Light the Night” walks in October 2016.  Stay tuned to the West blog to learn more!