Automation in Pharmaceuticals and Containment

Automation is quickly becoming a major part of the world in which we live. From consumer applications like microwaves and automobiles, to use in large-scale factories that produce everything from dollar-store hair accessories to autopilot-driven aircrafts, automation surrounds us. This is a good thing – the products we use benefit from the increased quality, consistency, and productivity provided by automated systems. 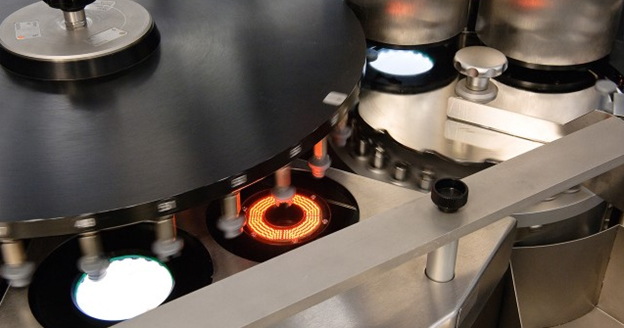 As the world continues to progress, automation follows, leads, and intertwines in nearly everything we do. This can be especially beneficial in industries such as pharmaceuticals and pharmaceutical containment, which rely on cleanliness and uniformity to preserve patient safety.

The term “automation” has existed for approximately 100 years – it is actually only ten years older, than West. It gained popularity in 1913, through innovations at the Ford Motor Company.

In the first half of the 20th century, Ford began to automate the production of cars. They were the first in the auto industry to manufacture using a moving assembly line technique, as opposed to building each car individually. Automation allowed for the “work to be taken to the workers,” condensing the amount of time required to build, for example, a Model T to only ninety minutes, and decreasing the amount of training a worker would need in order to participate in the construction of a vehicle.

In the century since automation began, it has advanced from simple conveyor systems to now consist of computers (including artificial intelligence [AI] and machine learning) and robots. These new tools can perform many of the functions that had previously required humans, including visual inspection, movement of heavy or cumbersome objects, and other dangerous or straining tasks. Automation is everywhere, from manufacturing and production plants, where it got its start, to business and technology. According to a 2020 global survey by McKinsey & Co., nearly one third of businesses have fully automated at least one function, and two thirds had begun to automate at least one business process.

Automation provides numerous benefits for individuals, companies, and humanity as a whole.

These general benefits exist across all industries – transportation, food, consumer goods – but are especially significant in the pharmaceutical and pharmaceutical containment industries, due to their impact on patient health.

Within the pharmaceutical and pharmaceutical containment industries, automation is being used to increase the quality and safety of drug products. This comes with many benefits for the companies incorporating automation into their manufacturing and business processes, as well as for their customers.

Though humans may try their best, robots and automation are unmatched when it comes to performing the same task, the same way, every time. This consistency results in reduced variation, which is a benefit to the patient. Additionally, every instance of human interaction on a pharmaceutical fill/finish line is an opportunity for bioburden, endotoxin, and particulates, such as skin cells, hairs, germs, and clothing follicles, to contaminate product that will eventually be placed in a body.

Those who invest early to optimize their production and business functions will see great returns in productivity and quality, ultimately resulting in increased quality of care for patients.

West has been incorporating automation into workflow for decades. As the world grows, West understands the need to be cleaner, faster, and better for customers and their patients. From the simple conveyor belts of yesteryear to the advanced Envision™ verification systems of today, West’s cutting-edge processes are constantly evolving.

West understands the power of automation and is continuously investigating and validating new ways to support customers and their patients. West puts the patient first in all that it does and will continue to leverage the best technology available to make sure customers have the products they need, when they need them. In doing so, West continues to be “By Your Side for a Healthier World™”.

With the rapid advancements in technology over the past few decades, industries across the globe are learning to leverage tools such as automation, robots, computers, artificial intelligence, and machine learning to the benefit of themselves, consumers, and society as a whole. These benefits include increased efficiency, standardization, cleanliness, and speed – all of which are especially essential in healthcare, pharmaceuticals, and pharmaceutical containment. Maintaining the quality and safety of drug products through drug containment components must be optimized – West is up to the task. West has been incorporating automation into workflow for decades, and constantly seeks to provide the best solutions to the modern challenges faced by customers. In understanding and leveraging the power of automation, West can continue to be “By Your Side for a Healthier World™”.

Envision and By Your Side for a Healthier World are trademarks or registered trademarks of West Pharmaceutical Services Inc., in the United States and other jurisdictions.