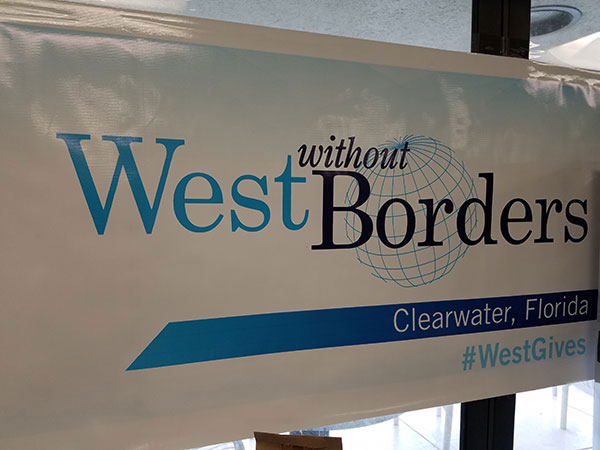 Over the course of five weeks, the Clearwater team held on-site events and fundraising opportunities to support the charity of their choice: Homeless Empowerment Program (HEP). The purpose of the HEP is to provide homeless and low-income individuals and families, including veterans, with housing, food, clothing and support services necessary to obtain self-sufficiency and improved quality of life. The Clearwater team selected HEP as their charity because of the rise of homelessness in the Tampa Bay area. Last year alone, there was a 47% increase in the number of homeless veterans in Tampa Bay. And sadly, one in five homeless in Tampa Bay are children. Determined to make a difference in the lives of those struggling in their community, West Clearwater team members joined together to give back.

During their five-week campaign, team members donated money by participating in raffles and events including Pizza Day, Eggroll Day and Donut Fridays. Items in the raffle baskets were donated and raffled off at the end of the campaign, and all of the specialty food items were donated by employees and sold during each shift. Additionally, the Quality department put out their own challenge – they raised $414 on their own and challenged the rest of the plant employees to match the donation, which they did, totaling $828! In addition to raising funds, the Clearwater facility hosted a clothing and hygiene item donation drive.

At the end of their campaign, the Clearwater team donated two full boxes of food and hygiene items, along with nearly $4,500 which will be matched by the Herman O. West Foundation, bringing their total dollar donation to almost $9,000.

Thank you to our team in Clearwater for their generous support of the Tampa Bay community!

For more information on Our Culture of Giving click here.