FortSchritt Helps Twins Along The Way

Through the global West without Borders charitable fundraising campaign, West team members around the world have raised funds for children in need in the places where we all live and work.  Often, we don’t get a chance to see the faces of those we help, but today we’re going to introduce you to two young ladies with a remarkable story.  Twins Aurelia and Charlene attend  FortSchritt, a facility in Aachen, Germany, that offers conductive education to children with movement disorders.

The girls were born five years ago with a rare genetic condition called microdeletion syndrome. Despite a normal pregnancy, it soon became apparent that something was not right. In the newborn phase, they had problems swallowing and one of the girls needed respiratory support.  The family did not receive much encouragement from the medical staff at the hospital. 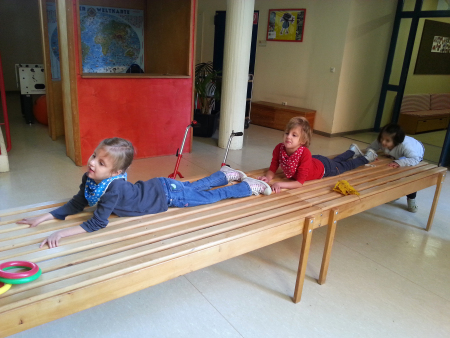 “There was no one to turn to, and we had no official diagnosis,” recalls the mother of the twins, Barbara Haugg-Minet. The family was left to their own devices but mastered the ups and downs remarkably well. Having a low muscle tone prevented Charlene and Aurelia from sitting and standing unaided. They found other ways to move around such as crawling up the staircase while lifting their little heads from step to step.

“Each of them has a very unique personality,” says their mother. Aurelia shows some signs of autism. She needs a structured daily routine and, like her sister, she is very sensitive to noise. Charlene is very stubborn and clever. Both are loving and affectionate.

By coincidence, the family learned that FortSchritt was looking for toddlers to benefit from conductive therapy. Aurelia and Charlene were 20 months of age when they joined FortSchritt as the youngest children in the group.

“They responded really well to the therapy and made great progress within a short period of time, like walking up the stairs,” said Barbara. 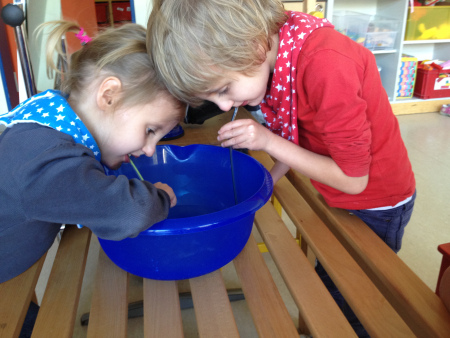 Unfortunately, the period of joy came to an abrupt end when Charlene was admitted to the hospital suffering from convulsions and fever, eventually falling into a coma. As it turned out, she had suffered a seizure. Fortunately, Charlene survived but regressed and lost all of her skills including her speech. Half a year later, her twin sister suffered the same fate. In a few months, however, the girls were back at FortSchritt where several of the children were sitting around a table. Their instructions was to push back their chairs and stand up.

“I was thinking to myself that this task is impossible for my twins, when suddenly, Charlene stood up and pushed back her chair,” recalls their mother.

The twins are living proof that good things happen when you least expect it. Aurelia and Charlene have been stable ever since and continue to make progress as FortSchritt helps them along the way.