We are excited to announce that thanks to the overwhelming support of our team members over the last 18 years, West’s donations to Camp Victory have now surpassed the $1 Million dollar mark!
Camp Victory, “a special place for special children,” is a camp located in Millville, PA (near West’s Jersey Shore and Williamsport sites) that serves as a fun camp retreat for children living with chronic health challenges. While at Camp Victory, a specialized staff ensures the children receive the greatest possible care, support and personal growth, while having much fun and making many friends.
Camp Victory hosted its first group of campers in 1994 and has grown steadily into the impressive facility and program it is today and has hosted over 30,000 overnight campers and counselors. Daily activities for campers include a variety of options, including archery, waterfront, challenge course, arts and crafts, and much more. 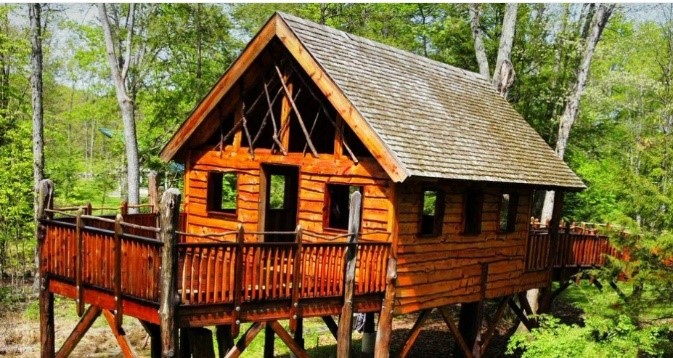 West’s support began when Camp Victory Director Jamie Huntley sent out a newsletter with a long wish list of necessities and other items that would enrich the summer fun of the campers. Included on Director Huntley’s wish list was a wheelchair accessible treehouse, something which, because of the lofty price tag, was thought to be an unattainable request. The tree-house wish was the most expensive one ever placed on the list and remained there until the Spring of 2006. Just when the Camp Victory staff was ready to take the request off the list, a phone call came in - the wish had been granted! West, along with the team members at Jersey Shore and Williamsport, wanted to make the dream a reality. In June of 2007, a dedication ceremony was held for “Uncle Walter’s treehouse” – named after Walter Eichelberger, a former West team member who was involved in making the treehouse a reality, but sadly passed away prior to the completion of the treehouse.

“West made our wish come true for an amazing treehouse that all our special campers can enjoy! Building Uncle Walter's Treehouse was the remarkable beginning of the friendship and partnership that has been forged between West and Camp Victory,” said Director Huntley.
Since then, West and its team members have continued their support, completing many additional projects, including this year’s pressure washing and staining/sealing Uncle Walt's treehouse.

In addition to volunteering, West team members continue to play an integral part in enabling the campers to break the barriers of every-day challenges and discover the freedom of a true camping experience through monetary donations. Through the company’s West without Borders program, in 2022, the Jersey Shore and Williamsport sites raised a combined $50,000, which was then matched by the H.O. West Foundation.

“West and their team members from Jersey Shore and Williamsport have continued to support Camp Victory financially and through hundreds of volunteer hours, forming an extremely strong bond between everyone associated with these two amazing organizations!” said Jaime Huntley. “We couldn't have continued to provide our "special camp for special kids" without West! Everyone at Camp Victory sends our heartfelt "thank you" to everyone from West! As one of our campers said so graciously: "I love hanging out in the treehouse....it makes me feel so good.”

“West’s philanthropic giving and partnership with Camp Victory over the many years is a testament of giving back to the Communities that we work and thrive in; and serves as a win-win situation with what West team members get back in return from being able to help children with life-long health challenges. A sincere and heart-filled thank-you to both the Jersey Shore and Williamsport team members for their ongoing support of Camp Victory,” said Dave Bergerstock, West Pharmaceutical Services.